HomeBeesKnow How is Honey Made and Why Do Bees Make Honey
14 Ways to Safely Control and Get Rid of Wasps and Signs of Wasp Nests Naturally Ground Nesting Bees: How to Get Rid of Ground Bees Naturally

Know How is Honey Made and Why Do Bees Make Honey

Everyone loves honey, the sweet golden liquid that goes wonderfully with everything from cereals to bread and tea. Now, it is a known fact that bees produce honey, but not every bee out there makes the kind of honey we use. Bumblebees and wasps make only small amounts of honey. The golden gooey stuff we stir in our tea is but produced by only one of the seven known species of bees out there. The tiny industrious creatures have a very systematic, orderly approach to manufacturing honey. Inside the beehive, each bee is assigned a specific task- it functions pretty much like any modern-day organization of our world.

Bees need two different kinds of foods for their survival. One is the honey they make from the nectar collected from flowers. The other comes from the anthers of the flowers; bees feed on the pollen grains that come in a variety of colors. Have you ever wondered about how and why bees produce honey? Read on to know more about the life of bees and the buzz they create!

Why do bees make honey?

It is believed that bees are as industrious as human folks; no other specie commands such respect from the superior race as do bees. Honey is the main source of food for the bee; they collect the nectar from the flowers and convert it into the sweet liquid we use. However, the entire process is not as easy as it seems. One might wonder why honey bees bother with storing the honey, why not simply eat it at once and produce more! Well, imagine being stuck indoors in a snowstorm, you have to do with the supplies you have and can not go outside to purchase more food. This is pretty much the life of an average bee. Bees store honey for the winter days when they are unable to go out and gather nectar.

Honey is a great source of energy for bees; it is full of nutrients and rich in sugar and carbs. These creatures, albeit tiny, need a lot of energy even for seemingly ordinary activities such as flying around. For instance, an average honey bee’s wings flutter about 11,400 times per minute- you can guess the amount of energy they need! 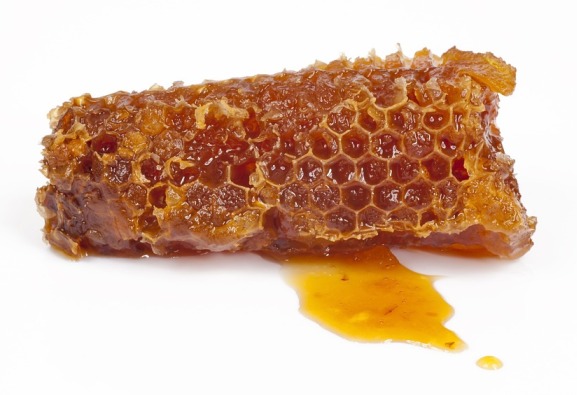 How do bees make honey?

Bees have fascinated naturalists, scientists, and the layman for decades and for good reason too! Because of the delicate construction of the beehive or their orderly community and efficient management, honeybees are known to be among the most industrious creatures to ever walk (fly) the planet. Bees get their daily dose of energy from…yes, you guessed it, honey. All ranks of the bee colony, from the queen bee to the worker bees, require vitamins B and C for their survival. Most of their nutrient requirements are fulfilled by the honey they make. The actual process of transforming flower to honey requires teamwork. In the bee community, every individual has a task assigned to him.

The forager bees or female worker bees flutter from flower to flower in search of nectar and pollen grains. Their bodies are smaller, lighter and a lot more powerful with long tube-like tongues for sucking out the nectar from the heart of the flowers. The queen bee has a very prolific role, her only job is to mate with the male bees and lay a ton of eggs. Queens can lay up to a quarter million eggs annually. Similarly, the male drones are assigned the job of mating with the queen. Their genitals fall off after the intercourse and they die. Only the strongest, most virile of the drones get the opportunity to impregnate the queen; the remaining drones die at the end of summer. It’s a short, sweet life for them indeed! Lastly, there are processor bees that are responsible for storing nectar in the honeycomb cells and actually make the honey. We have discussed the step by step process of honey-making in great detail below: 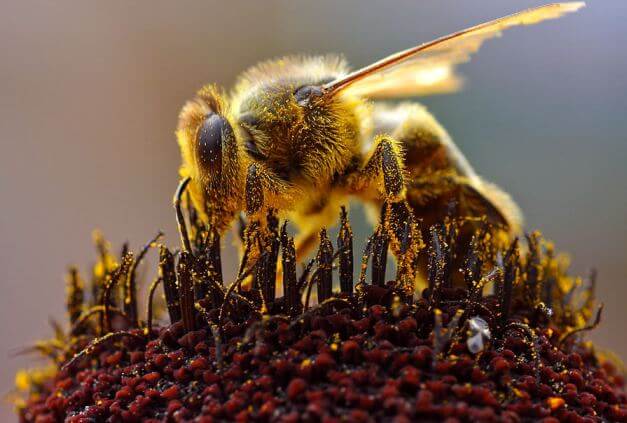 How is honey made?

Let us now accompany the honeybee to the flower and see what happens. The worker bees suck out the nectar from the flower and store it in a special place in their stomach (called the honey-bag) and transfer it to the hive. Some of the honey is also used to fuel and energize her. Once the nectar sacs are full, she returns to the hive and delivers the pollen and nectar to the processor bees. The nectar is transferred mouth-to-mouth among the indoor bees. This process of transferring the nectar reduces its moisture content by almost 50%. The nectar is thus converted into the honey. Many times, nectar is stored directly into the honeycombs when the temperature inside the hive is greater than 32.5-degrees C, most of the water gets evaporated.

The honey is processed and capped inside the cells sealed with beeswax and ready for consumption. The pollen grains are a great source of protein and are mixed with beeswax to make bee bread, which is consumed by the larvae. After the worker bees have delivered one batch of nectar, they clean themselves up and go outside again to collect even more food. Bees work throughout their lives, tirelessly collecting pollen, delivering nectar, bringing it to the hive, cleaning up and venturing out again.

In the process of collecting the nectar, the bees also transfer pollen grains from one flower to another aiding in pollination. The nectar is basically sucrose mixed with water and has to be processed with certain enzymes before it is concentrated into honey. The enzyme, invertase, converts the sucrose into two six-carbon sugars, fructose, and glucose. Some of the glucose is oxidized and further breaks down into gluconic acid and hydrogen peroxide. This gluconic acid makes the honey slightly acidic and hence an inhospitable medium for bacteria, fungi, and other microorganisms to thrive. The excessive moisture is removed from the nectar due to the high osmotic pressure applied by the bees during the mouth-to-mouth transfer.

How much honey does one bee make?

Honey bees convert the sweet nectar they collect from flowers into honey and store it in their honeycomb homes for the colder months. Storing the nectar for a long period of time somewhat dries it up. The water content is reduced as the nectar starts to solidify. The concentrated mixture is well-protected against any bacterial and fungal infestation, hence can be stored for quite some time. An average bee makes a very minimal amount of honey in a day; however, every contribution to the honeycomb is precious and stored very diligently.

The life cycle of a honeybee is very short-lived. Most worker bees only live around for six weeks or so in the summer months when they can go around and collect the nectar of flowers. Moreover, they can venture outside and look for food only when the air temperature is above 10-degrees C; anything less than that and they die. An average bee, hence, manages to produce only a teaspoon of honey in their entire lifetime. The honey’s taste, color, aroma, and consistency vary greatly depending on the type of flower the worker bees frequently gather nectar from.

Do all bees make honey or just honey bees?

Contrary to popular belief, not all bees out there make honey. Only some species, including honeybees, make honey. When you think of a bee an image of a round yellow and black-stripped body, honey and honeycombs come to mind. However, there are over 20,000 species of bees that come in a variety of colors and shapes. Some of them produce honey, most don’t. Moreover, the honey as we know it is only produced by the honeybee. Other bees have their own version of honey (food) that is not really edible for humans.

Remember, bees produce honey but for their own consumption. It is us humans who cultivate them and take their produce for our needs. Honey has been a part of our diet ever since antiquity, much before the discovery of processed sugar and other sweeteners. Other bees like bumblebees, clover bees create honey from the nectar of different flowers, hence their honey doesn’t taste the same as that of the honeybees.

If you think that bees are only useful for producing honey, then think again. These tiny, fascinating creatures also assist in pollination. In fact, several studies and surveys have pointed out that bees are an integral part of the ecosystem and necessary for the balance in nature. Honeybees are a great source of mystery for scientists all across the world- they are the only creatures that remain unchanged for approximately 20 million years! Fascinated already? Listed below are a few quirky facts and additional information about bees that would interest you:

A beehive is among the best examples that portray a sense of structure and management order (hierarchy) in nature, long before humans set up their “ordered and civilized” world. In the peak of the summer months, an average bee literally works herself to death just to produce 1 tsp of honey! Their lives are very transient, spent simply in continuous work and toil. Bees are the embodiment of labor that we use for our benefit. We not only get honey but also use the beeswax collected from the honeycombs to make candles. All said and done, bees, albeit tiny and seemingly insignificant are an indispensable part of our life and hence must be protected.