Bees In Winter - Do Bees Hibernate? Fear and Phobia of Bees: How to Get Over the Fear of Bees

Why are Bees Important?

Believe it or not, man has been worshipping the Bees since time immortal. Whether it was the ancient Egyptian civilization that considered bees as royalty in 3500 BC or early Indian Hindu mythology that believes that the Hindu God of Love, Kama Dev’s cupid arrows are covered with bees, or the legendary Greek poet Homer mentioning the benefits of bees in his epigrams, humans have understood the extraordinary value of bees since centuries. 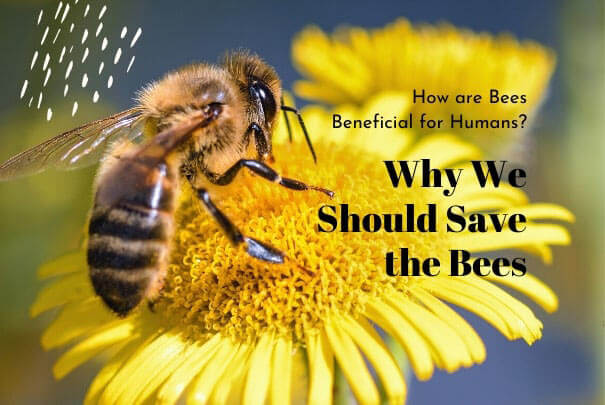 How are Bees Beneficial for Humans?

Why do humans harm bees?

Though our forefathers and ancestors realized the usefulness of these fuzzy drones, their children in the 21st century have been largely responsible for the decline in the population of bees.

So, why do modern humans harm bees?

Bee stings: Humans are scared of being stung by bees. In fact, the bumblebee sting may be really painful. Also, honey bee sting may cause severe pain and intense allergic reactions.

At times, too many bees visiting parks and horticulture units may result in damage to plants. Sometimes, bees also propagate diseases in plants.

The bee population has been declining across the world. While the US saw a decline of almost 90% of bee colonies in the early 21st century, in recent years the bee population in the Middle East has seen a fall of 85%.

Causes of Decline in Bee Population:

As Albert Einstein is once believed to have said, “If the bee disappeared off the surface of the globe then man would only have four years left to live.” With the bee population falling at alarming rates, the time has come to work proactively to Save the Bees.

A lot of organizations across the world, have launched the “Save The Bees Campaign” to prevent further decline in the bee population.

Significant Reasons to Save Bees:

Without bees, the earth would be devoid of pretty flowers. They support pollination activities in more than 15% flowering plants on earth. Nothing sums up the relation between a flower and bees better than the poet Kahlil Gibran’s profound words: “To the bee, a flower is the fountain of life, and to the flower, the bee is a messenger of love.”

Simple Ideas to Save the Bees:

Here are some simple and easy to follow ideas to help you do your little bit to save the bees:

Avoid Pesticides: Since pesticides are the biggest cause of bee deaths, the first step towards preventing further bee population decline is to control the usage of toxic pesticides and insecticides. Not only are they detrimental to bees they pose a serious health threat to humans as well.

A Bee-Friendly Garden: Plants like dandelion, clover, monarda, cosmos, alfalfa, coneflower, honeysuckle, sunflower, and dahlia are much more than beautiful flowers. They provide much-required nectar and pollen to bees. Plant these and you are sure to save the bees.

The little bee is the David to our Goliath. It is an undeniable and irrefutable fact, that we humans need them for our food, daily requirements, and also to sustain our planet.

When it comes to our dependence on bees, let us remember that we do not have a plan bee. Let us keep in mind the motto, “If All the Bees in the World Die, Humans Will Not Survive”.

All About: What are Vulture Bees